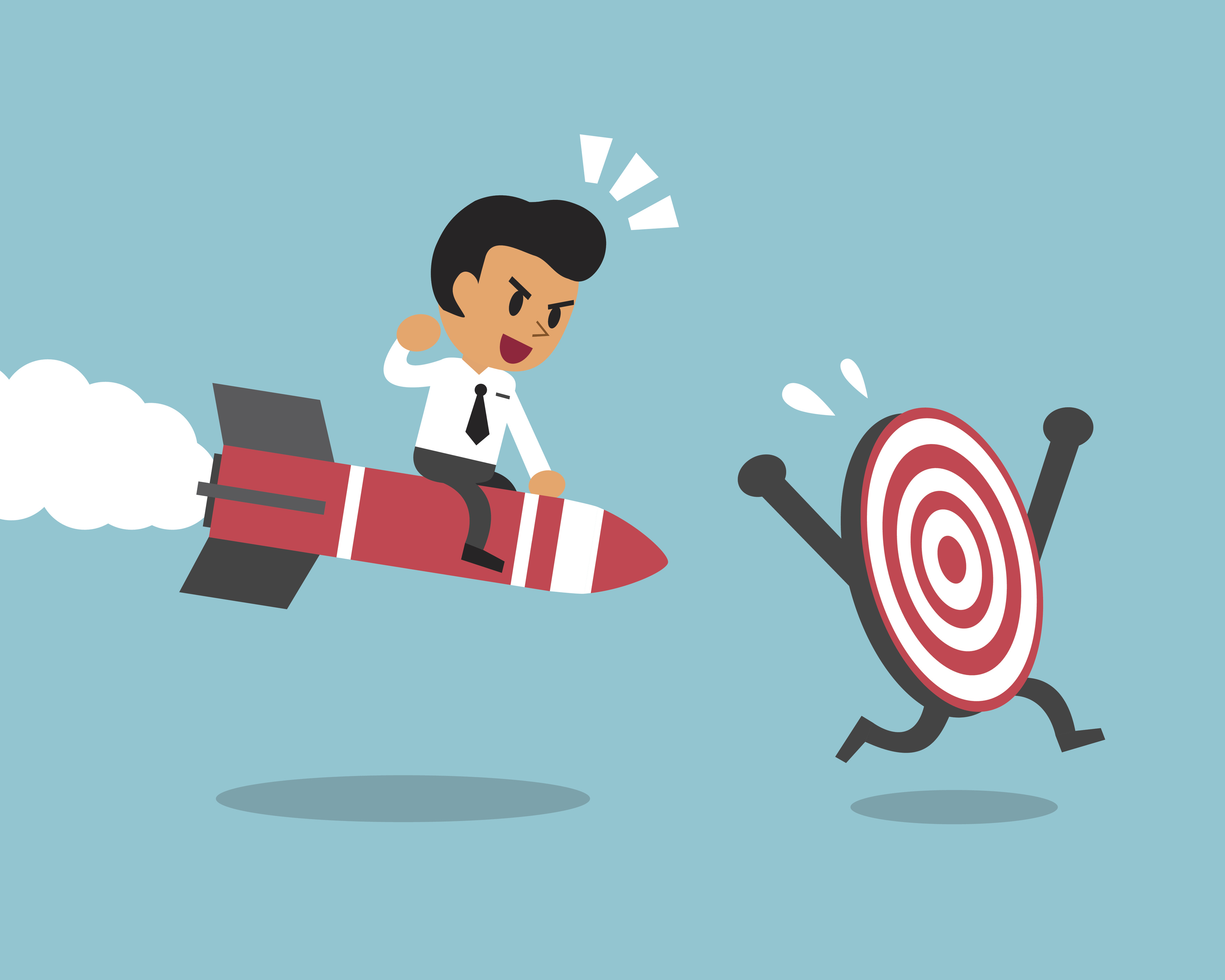 IR35 is on Target to Strike the Heart of Talent Agility

The flexible labour market will be hit by a regulatory torpedo this spring, as IR35 finally reaches the private sector, and private service companies (PSCs) face a new norm in the shape of fewer tax benefits, nervous employers and chaotic changeover.

For the past 19 years, since the HMRC first introduced the notion of ‘tax equality’ between full-time employees and contractors, IR35 – the banner under which this legislation is dressed – has been looked at as an anathema for those in the gig economy. A potentially toxic landscape awaits in its wake, as both employers and contractors alike juggle the new tax liabilities and the benefits of flexible working engagements.

For the latter, there is a pending sense of ‘I’ve had a good run, but now I’ll look for permanent roles’ but not every vacated contractor role is suddenly going to become a full-time position, making competition fierce and trialling.

For those who aren’t quite ready to desert the flexible workforce just yet, a decision must be made: to fight for the greatly reduced no. of roles that are assessed to be outside of IR35, or to take the inevitable hit on income that will come by engaging via a role assessed as falling inside the IR35 regulations (potentially for the first time in their decades of operation).

Many employers are adopting a company-wide policy to no longer engage with PSCs, thereby side-stepping the need to assess roles as falling inside or outside of the IR35 regulations.  In addition, controversy around the HMRCs own CEST assessment tool continues to rage. These factors will all conspire to further greatly reduce the availability of roles outside of IR35.

The smart money suggests that, come March, an additional 20,000 contractors could enter the job market competing for a greatly reduced no. of outside IR35 opportunities .

Let’s take a step back first, though – a journey through the life of IR35 so far, so to speak.

Initially mused 19 years ago by the HMRC, its intention was to ensure that those paying full tax from their permanent, payroll-engulfed position weren’t being harshly treated in comparison to a self-employed, sole trading limited company sat next to them, who received all the benefits of offsetting expenses outside of the PAYE tunnel.

Three years ago, the HMRC responded to years of ambivalence to this rule by taking self-certification out of contractors’ hands and instead placing that responsibility into the hands of the organisations themselves… but only in the public sector, as a test run.

A test run for the main event – this April’s unveiling into the private sector.

It has been a 19-year adventure that the majority of ‘one-man-band’ limited companies has been able to largely ignore, until now.

Upon this season’s torpedo hit, employers who have benefited from the flexible workforce for decades, will now wash their hands of risk, avoiding all PSCs like the plague for fear of overstepping the new mark.

For the contractors themselves, it’s been suggested that the tax implications could amount to as much as a 30 percent difference in net ‘take home pay’ between being inside or outside IR35. Whilst employers will avoid any risk of IR35 tax liability they also won’t want to foot the bill. The impact will be passed on to contractors by way of reduced rates, where employers either subtract PAYE & NI at source, or force the hiring agent to subtract it.

So, it’s not just the high volume of contractors roaming the employment market that will be impacted by this torpedo. Organisations who have relied on a highly skilled, flexible workforce to drive critical business change, and fill interim gaps in capability, are about to lose a vital portion of their talent pool.

Agility amid the moving parts

This is where the notion of ‘agility’ comes to the fore.

With a small army of skilled contractors entering the market at the same time, creating a skills shortfall for those who have been reliant on their availability for decades, organisations will have to adopt a blended approach where they look to keep the very best people – becoming much more agile at resource and demand management. This requires a mindset switch from asking: ‘what do we need in terms of talent over the next 12 months?’. To: ‘What’s our longer-term plan over the next five years, what demand is that likely to create, and how much can we afford to increase our permanent headcount over that period to offset the flexi-workforce losses?’

These same organisations know it’s now a buyer’s market with unprecedented no.’s of contractors competing for a small pool of jobs. They believe there’s a bargain to be had, but the very best people will still be difficult to engage and attract. It’s why many are looking to those who have contracted for them over many years, to now become their permanent staff.

This creates a wider market issue though… if the top 5% get sucked into these permanent roles, the strength of wider talent available will inevitably be diluted, and even harder to find. The flexible labour force is about to diminish not just in numbers, but in acumen too.

Losing at every turn

What if those people who you’ve relied on for so many years, who are actually looking to make the jump inside of IR35, don’t want to do so with you? Well, that’s the reality facing many more organisations, just to compound the loss of those exiting the pool entirely.

To explain, even though the HMRC has said it won’t pursue people who suddenly switch to inside IR35, after decades of declaring themselves outside; many are still either oblivious to or wary of that idea. To switch terms after more than 20 years of contracting with an organisation outside of IR35 regulation, it seems suss on the surface. The fear of having those 20 years explored and punished by the HMRC retrospectively is enough to scare many into new engagements with new employers, where they can redefine terms to make this switch to ‘inside’ more credible.

This additional challenge means that employers not only have to stay agile in the face of a smaller – potentially less skilled – contracting pool, where they may need to open up permanent roles; but they’re also likely to lose the repeat contractors who actually are willing to certify as inside IR35.

At Match, 90% of our private sector clients have adopted a blanket rule/policy change to operate inside IR35, meaning that around 90 percent of large organisations will be asking highly skilled PSCs to make a decision away from their current norm.

Some companies are imposing an embargo on PSCs anywhere in the chain of engagement, forcing consultancies to cease their use of contractors when dealing with them. The impact is simply enormous.

However, remember, those organisations still need those feet on the ground. They are making these decisions, knowing that they’re losing out too.

This means that Match Performance can offer opportunities to contractors as the ‘hiring organisation’ to continue to operate legitimately outside of IR35.

For those preferring to operate inside IR35 we offer payroll as a service, removing any need for a client to deduct tax at source and removing the risk for all parties of any challenge by HMRC.

In the same way, we offer clients a service that assures and indemnifies them against IR35 implications whilst providing them with the skills they need. We can mitigate the impact of any loss of temporary assets. Consultancies like Match Performance, supported by the Proteus group, can help clients achieve their short- or long-term objectives, while they formulate more concerted workforce and HR plans.

Match Performance have become experts in this realm because we’ve had to, and we’re now one of very few who are able to help organisations and the flexible workforce not only understand it too; but navigate it.

And, trust me, there is a lot of navigation needed as the moving parts pick up speed and as chaos ensues this April.

We are Match Performance

A global consulting firm that brings clients’ change ambitions to life, off the back of experience, unrivalled data sets and a comprehensive peer network. Change is a complex process, and we can provide the capability to enact that change. Get in touch if you want to hear more.