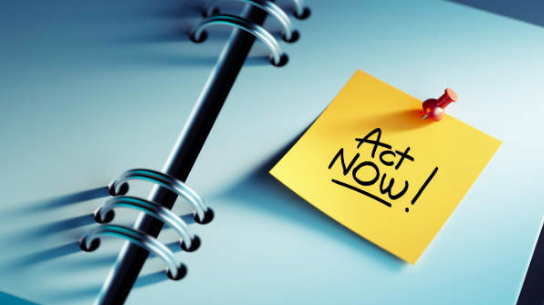 Minding the Gap Between Change Strategy and Internal Capability

Prioritisation is becoming muddied with the notion of simply descoping or removing items from the to-do list, as companies struggle to take a holistic view of their internal capabilities.

This is particularly noticeable over the past few months upon the impacts of COVID-19. Organisations have been forced to conduct Change Portfolio Prioritisation reviews, but the resultant ‘strategies’ that are formulated allude to a short-term reaction and fix, rather than a longer term – doable – tactic.

For most organisations, the focus has been on reducing scope, which makes sense on the face of it. The ability to complete projects or push through initiatives has diminished… so surely by recognising that fact and retreating the proverbial troops, you’re addressing that challenge?

However, the issue comes when that kneejerk reaction is followed by another inevitable intention to hit the ground running in a few months’ time, once the ecosystem around them has returned to ‘normal’.

Furthermore, it will be impossible to suddenly reinject pace and urgency into operations and projects when the change agenda in the months leading to that moment have been ramped down. Additionally, it becomes even more unrealistic when considering that the majority of organisations are planning wholesale business model overhauls post-COVID too.

In essence, businesses are reacting to the situation now and planning for a new norm in the future. But the two notions don’t add up in the middle.

There are simply too many interconnecting parts to treat the two situations and eras differently, yet you expect them to transition from the former to the latter smoothly and effectively.

What will be the impacts of new ways of working, altered supporting processes, new governance, a renewed role of technology?

We’re living in a new norm already, but we’re also heading for a ‘new, new norm’ beyond. The two ‘presents’ aren’t the same, and organisations are consequently leading down a prioritisation path that leads to a different destination to where the post-COVID world will be.

As mentioned, this is largely due to an unreliable and inaccurate perception of internal capability. Reviews are being conducted but they’re unlikely to align to what companies are actually capable of achieving or relying on a sustainable basis.

Project impacts are a prime example, with companies descoping to account for the current situation. But does this descope align with stakeholder expectations? Is there an additional belief that when things get back on track that new projects will flood in, or will your capability only actually allow you to pick up on the projects you’d ramped down during this period?

The ‘carry forward’ and knock on effects of this time aren’t being incorporated into change agendas for the future.

As a result, we at Match are being asked more and more to guide businesses through this portfolio prioritisation process.

Our role at present largely revolves around analysing what is on organisations’ ‘next lists’; what the split of complexity is across these tasks; and what their internal capability is to achieve these.

In essence it’s: INTERNAL CHANGE CAPABILITY vs ‘The next list’, impacts, chances of success and mitigation requirements.

The idea behind these prioritisation and internal capability reviews is to plug that gap between ambition, mitigation and sustainable continuous improvement across your change agenda.

So far, we are already conducting numerous client interviews to fully understand organisations’ responses, before compiling the results and data which will inform bespoke solutions moving forward.

It has already been found that a vast majority of organisations feel their change performance could be improved and this is almost unanimously due to the complexity of change, not directly equating to what they’re capable of doing.

A complete skew of ultimate Portfolio Prioritisation is the consequence; and that’s if they have tangible prioritisation processes in place at all. Many don’t.

At present, there is no excuse not to be prioritising. The first half of 2020 has forced companies into new directions and unchartered territory where the instinct has been to react as quickly as possible.

However, companies’ mindsets have simultaneously shifted to a more long-term ethos that doesn’t match.

Organisations won’t want to get caught out by the unforeseen again in the future. They now know that robustness, agility and resilience are key assets that need to be instilled into their cultural DNA. But this can’t be achieved with the kneejerk assessment of prioritisation occurring at the moment.

To steady this ship, we’re already guiding countless organisations towards a more strategic, doable and consistent prioritisation plan. One that embeds capability into change agendas both in precedented and unprecedented times.

There’s always room for new clients to join us on this journey. No organisation can afford to be left behind, and we urge those who already see that gap in the road ahead, to reach out so we can put you back on a path of prioritisation that yields sustainable and achievable change.